Biking is Better-From Taking Public Transport to Cycling to Work

How do I get started? It was sometime in 2005 when I lost my motorbike. So while waiting for the insurance claim, I started taking the public transport. At that time, in January 2006, RapidKL was about to introduce the new bus systems. The best way to save money on taking public transport is by purchasing the RapidKL Monthly Pass. For you to use the RapidKL buses and LRT for unlimited ride, you need to pay RM125 a month at that time. Now it has been increased but I don’t know how much. I don’t need to bother as I have already discovered a better and efficient alternative transport i.e. Bicycle. 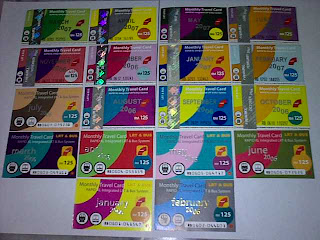 Proved that I tried the public transport for 18 months or 1 ½ years. I gave up!

The biggest upset of the RapidKL bus system at that time was the feeder or local shuttle buses, that collect the passengers from the residential areas to the suburban or regional hub (Trunk Routes). So basically I need to take two buses before reaching KL from Subang Jaya. It can easily take about 1 ½ to 2 hours before I could reach my office! The feeder bus timing was really inconsistent. It can arrive at an interval of every 15 minutes up to 30 minutes. What triggered me about riding a bike was when I saw the foreign works riding their bikes. I was thinking maybe I could ride to the suburban hub and parked my bike there. But I was worried that it might get stolen. So, the solution was to ride straight to office.

Since the distance to my office from home was quite far i.e. 50km to and fro and I have not been cycling for so many years, I started to ride around my neighborhood to build my confidence and stamina. I ride 3 times a week for 30 minutes after came back from work as well as during weekends for the first 3 months. Honestly, it was quite boring after awhile riding around the neighborhood. So the subsequent 3 months, I started riding a bit further and longer but still maintained the 3 times a week routine. So it was like riding in the neighborhood during weekdays and during weekend I would ride from Subang to Shah Alam.

So after 6 months of training and riding around neighborhood as well as from Subang to Shah Alam to build my confidence going out on the streets, I started to ride to office in Kuala Lumpur. My first ride was during weekend because I need to check on the safest route as well as to time myself on how long I would get to office. I also time myself on how long to cool down. This is very critical as you need to familiarize yourself with the route as during weekend the roads are not that busy. With the heavy traffic during weekdays, you can’t actually think much of which way to go but to focus when you are on the road.

I wouldn’t have discovered that riding a bike to office was a lot more fun and faster if not because of the poor service of the feeder bus. It takes me about one hour to one hour fifteen minutes to reach my destination compare to taking public transport ( 1 ½ to 2 hours). It was considered blessing in disguise. Bicycle is a door-to-door transportation. You can ride your bike up to the front door of your office building.

You might not need 6 months of training if your distance is shorter. Maybe 3 months or less than that is sufficient. It all depends on you. The more you ride, the more you understand the challenges and dangers of commuting on the road and how actually to handle it. There are times when you will encounter rude drivers and motorcyclists, Don’t let them get you down. Just have fun and enjoy your ride.
Posted by azizan abd aziz at 4:44 AM

Thanks for sharing, your efforts to make this happen in Malaysia is impressive. Indeed, those old saying still valid, 'Kalau ada kemahuan, disitu ada jalan'.

chanjerping:
It is a 25km per trip. 50 km is to and fro. My average speed is 20km/hr. Sorry for the misunderstanding. I just parked my bike at the parking area nearby the lift and security guard. I locked my bike to the railing near the door at the lift. There is no specific parking for bikes. So far nobody complaint. Normally I would go for breakfast while cooling down.

Anon:
Thanks for reading and words of encouragement!

to cool down, one just coasting without much pedaling effort for the last 2km or so....