Cycling: Rooting for a green route - The Star Newspaper

Chan Jer Ping sold his car in 2010 and bought a folding bike for a car free lifestyle. Read some of his pointers on cycling to work here.

Getting Commuters To Cycle - The Star

Getting Commuters To Cycle - Interviewed by The Star. Thanks to Journalist Kathleen A. Michael.

You can read full story here. 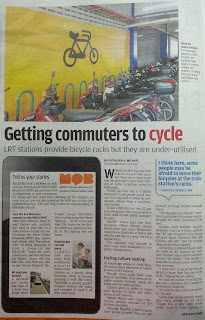 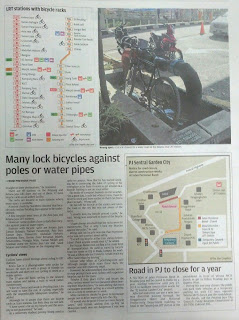 Thanks to Chan Jer Ping for this snapshot from the newspaper.

BENEFITS AND CHALLENGES OF CYCLING TO WORK -An interview by BFM 89.9 Radio.

Thank you BFM 89.9 Radio for giving me this opportunity.

"It might seem like an impossible inconvenience to ride to and fro to work and to see clients every day, especially with our weather and traffic, but there are some who do and enjoy the health and environmental benefits. Azizan Abdul Aziz, cycling enthusiast, tells us more."

You can listen and download  it here.
Posted by azizan abd aziz at 3:12 PM 2 comments:

CycleFriday Cycling Culture Ride is about promoting bicycling as a lifestyle. Not as a sporting or recreational event.  Just ride ordinary bicycles and wear your daily clothes. Leave behind all those cycling tights and gears and sport bikes. Road bikes, Mountain bikes and Fixies are not allowed to join the ride. Cycling helmets are not allowed too.

You can ride in style too with your ordinary bicycles and daily clothes. This kind of image that I want to project during the CycleFriday Bicycle Culture Ride. Ride in style. 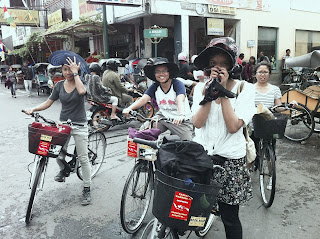 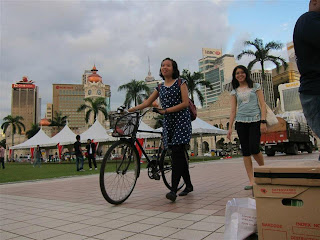 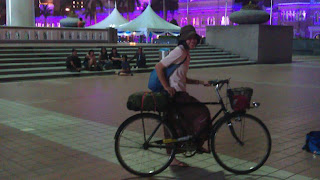 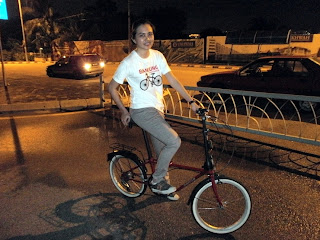 Source: GLC (Gombak League of Cyclists)
Posted by azizan abd aziz at 2:13 AM No comments: 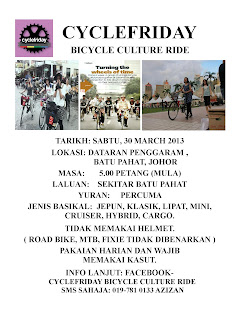 Posted by azizan abd aziz at 2:22 AM No comments: